Gucci made headlines in October 2017 when President and CEO, Marco Bizzarri, announced that the House would no longer use animal fur in its collections. His statement influenced several brands to immediately follow his lead, shifting fashion away from the previously ubiquitous material found across luxury products.

Gucci pledged to go fur-free starting from its Spring/Summer 2018 collection and, accordingly, stopped using kangaroo fur inside its loafer line from the beginning 2017 and replaced it with lambswool. At the same time, we decided to stop using angora and since early 2018 we have not used any fur from animals whatsoever.

Our decision was supported by the Humane Society of the United States and by LAV. We also joined the Fur Free Alliance’s Fur Free Retailer Program, which is an international effort to give consumers accurate information about a retailer’s fur policy, allowing consumers to make an informed choice when shopping. 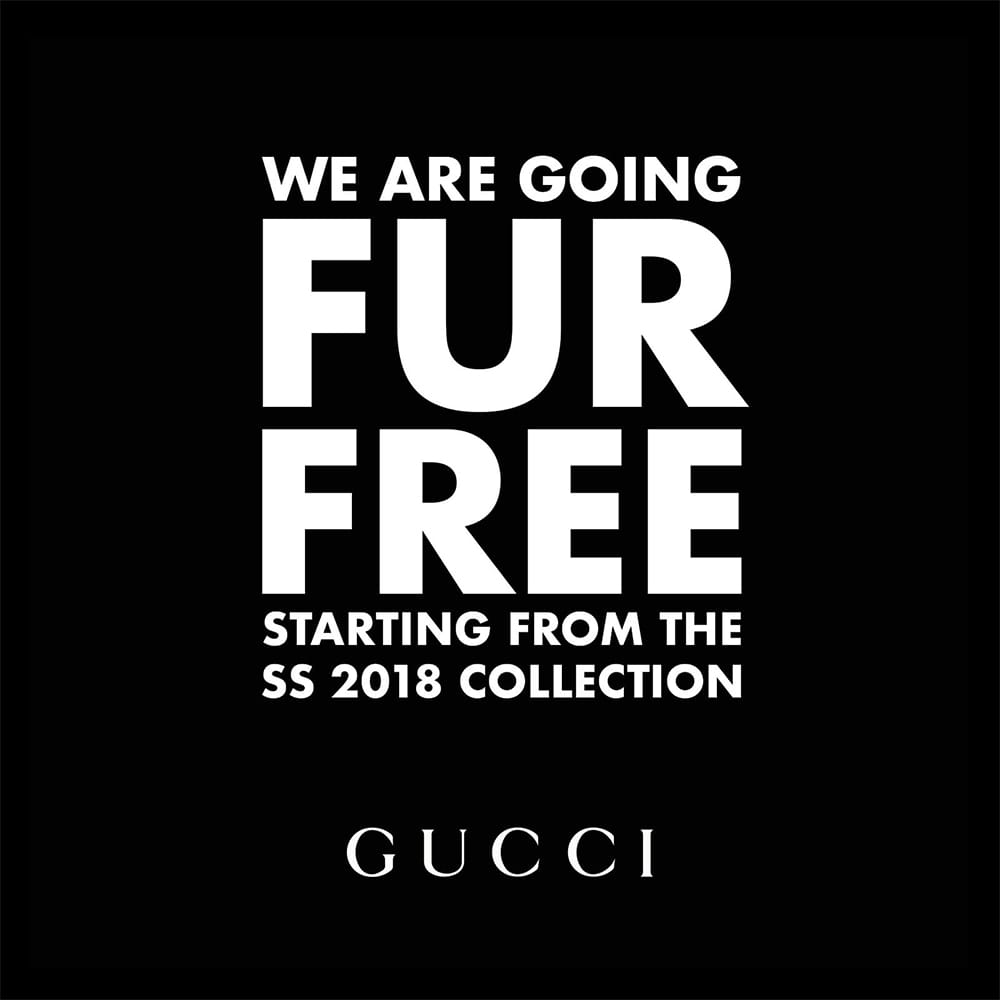 People
What we stand for and how we act towards one another is at the very core of who we are.

Discover how Gucci is generating positive change for People.

Planet
We look at the world around us in a holistic way and believe that it is our duty to be sustainable, responsible and accountable in everything we do.

Discover how Gucci is generating positive change for the Planet.
Choose language: